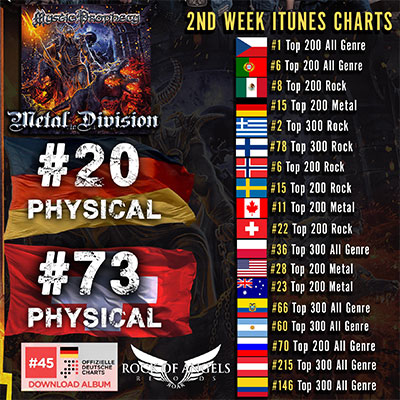 Here are the iTunes Chart entries for the past month. “Metal Division” hits the charts in many countries. Can’t wait […] 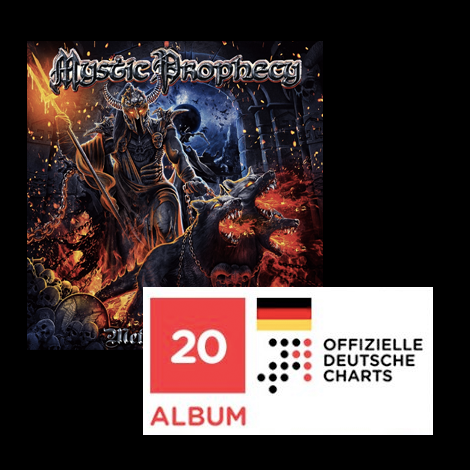 Thanks to all our fans worldwide and especially in Germany, who make “Metal Division” a very special album for all […] 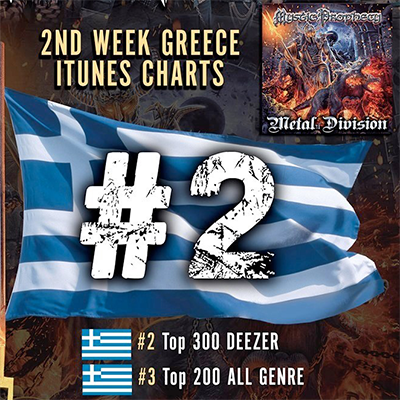 and the Greek Gods are with us: 2nd position on iTunes charts

The Madness Continues… and the Greek Gods are with us! Thanks to all our fans in Greece for the love […] 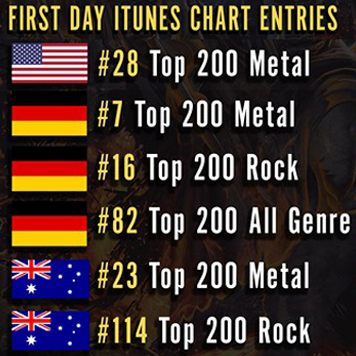 Here are the first iTunes Chart entries for the opening weeks of January. “Metal Division” hits the charts in many […] 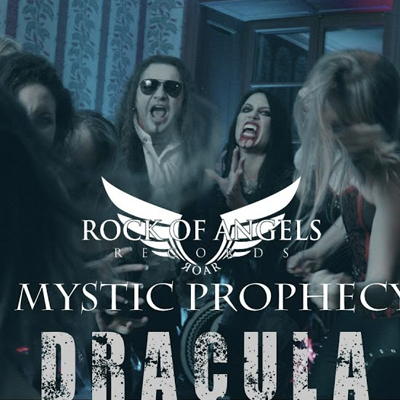 “Dracula”, our 3rd video from “Metal Division” is released today.

DRACULA, our 3rd Video from “Metal Division” is released today. Feel free to comment and share! Dracula is coming! Just […] 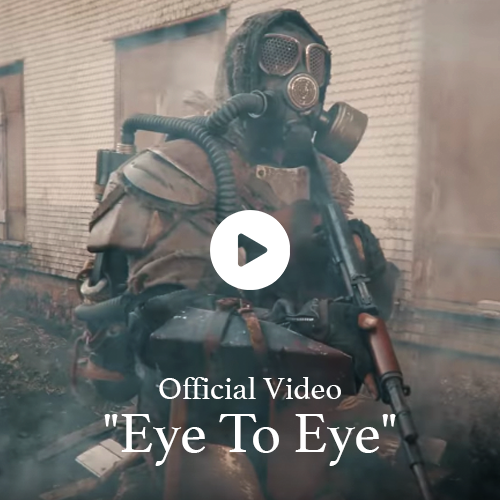 “Eye to eye”, our new official videoclip is online!

We are proud to finally announce the big news we’ve been making you look forward to: “METAL DIVISION” is the title of our forthcoming record that will be released on 10th January 2020 by ROAR – rock of angels records.

The cover is painted by Stan W Decker.  Produced by Rd Liapakis, Engineered by Christian Schmid and recorded at Music Factory/Prophecy Studios in Kempten. Pre-Production by Evan K at Epsilon Studio and Mixed & Mastered by Henrik Udd at Henrik Udd Recording. Band Photos by Sascha Sinofzik

BOOKING
Please get in contact with us at
booking-mp@web.de